skip to main | skip to sidebar

It's Official: I've Got Brain Damage 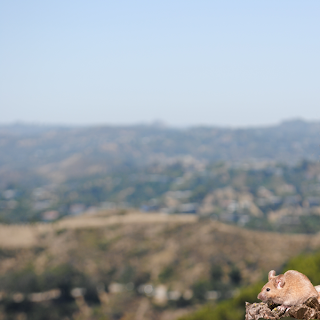 I haven't had a doctor confirm this, but I hardly need to when researchers at Ohio State University already have. They exposed mice to air pollution, the kind that's "created by cars, factories and natural dust" and discovered "visible, negative impacts on the brain". In other words, Los Angeles residents like myself are brain damaged. Here's what happened to the mice:

After 10 months of exposure behavioural tests were carried out on the rodents including a learning and memory test where after five days of training they were placed on a brightly lit area and given two minutes to find the dark escape hole where they would be more comfortable.

The mice who breathed the polluted air took longer to learn where the escape hole was and at later tests they were more likely to forget where it was.

In another experiment, mice exposed to the polluted air showed more depressive-like and higher levels of anxiety-like behaviours in one test, but not in another.

If you replaced "took longer to learn where the escape hole was" with "took longer to find her car parked at The Grove", the study has basically captured my cognitive decline since moving here. And are there ANY Angelenos who don't exhibit "depressive-like and higher levels of anxiety-like behaviours"? Actually, there are a small handful, but those are the ones who were cast in TV shows soon after moving to LA, and who spend a good portion of the year shooting in Vancouver.

How's the pollution in South Dakota? Maybe it's time for a move.
Posted by Laura Swisher at 4:02 PM

As a born-and-raised Angeleno I can tell you that the air has only had one effect on me, but I can't remember what it was. Damn it, now I'll never figure this out and I'll be up all night obsessing over it.

I just started rewatching some old Unscrewed recordings and here you are blogging again. Coincidence? Laura, we were meant to be! One day!